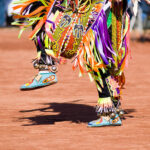 November is Native American Heritage Month. So for this month, my posts will concentrate on this theme with a different topic each week.

As someone who enjoys learning about other cultures, I find language is particularly important, as it plays a significant role in any society. It is the method by which people communicate and form a sense of community, a common bond. Conversely, you cannot truly understand a culture without knowledge of its language. The two are intertwined.

Therefore, the most significant devastation to any civilization is the loss of their words. It undermines their sense of identity, shared history and beliefs, and their place in the community. All over the world, countries have lost languages and the cultural heritage associated with them.

Language contributes to how a person thinks and behaves and defines norms based on cultural identity. Learning a language is more than just memorizing the alphabet or grammar rules. You will not truly understand until you comprehend the behaviors and customs associated with it. 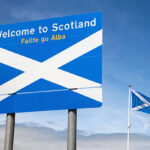 I spent years studying the Gaelic language and its beautiful way of expressing things. The rhythm and flow find their way from songs into their speech. If you listen, you will find the cultural beliefs of the people who spoke it, what was important to them, and their philosophies and values. Some of these values differ from the way we look at the world today. For example, the Gaels didn’t view ownership as we do. Other than body parts and family members, nothing belonged to a person. The concept of ‘mine’ was of little importance to them. This idea was expressed in their language, the way they used phrases such as at me, with me, or in me. ‘My cat’ is defined as the cat that is at me, with the context that it is here now but may decide to move on at some point. My cats are well aware of the fact that I do not own them.

The term gu leòr that I have chosen for my publishing imprint is a phrase that resonated with me while I was learning and has stuck with me ever since. Believed to be the origin of the English word galore, it didn’t convey the meaning of having a lot. To the Gaels, it meant having plenty in the sense of enough. If I have enough of something, I have plenty. 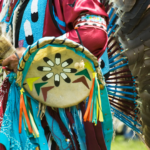 With this being Native American Heritage Month, I’ve recently read posts about tribal nations trying to hang onto their language. Their beliefs and culture are tied up in it, just like the Gaels. Ownership of the land is a good example; they believed no one owned the ground beneath their feet, and there was plenty for everyone to share. The tribes felt the earth and all that was on it was sacred. This belief is part of their identity.

Statements such as these give us insight into some of their beliefs.

“When you are in doubt, be still, and wait; when doubt no longer exists for you, then go forward with courage. – Chief White Eagle, Ponca

“I have seen that in any great undertaking it is not enough for a man to depend simply upon himself.”- Lone Man (Isna-la-wica), Teton Sioux

“The Great Spirit is in all things. He is in the air we breathe. The Great Spirit is our Father, but the Earth is our Mother. She nourishes us…..That which we put into the ground she returns to us.”- Big Thunder Wabanaki, Algonquin 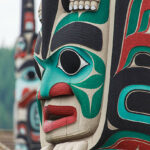 The loss of language is the loss of culture. It undermines people’s sense of identity and belonging. Many people don’t give this subject much thought. Often, this is because it doesn’t affect them. But it also forces people to look at the reasons behind the eradication of culture. It requires understanding things that make us uncomfortable, such as racism.

As with the Gaels of Scotland, a systematic practice of removing and relocating the native people in America caused populations to dwindle, and much was lost. As in Scotland, the pool of native speakers diminished. Their culture nearly disappeared. Fortunately, today, in parts of the United States, steps are being taken by the tribes to rekindle and encourage interest, preserve the heritage, and reverse this trend. The same can be seen in Scotland with a renewed awareness of the Gaelic language. It will be a slow process for both cultures to restore their language, but public awareness can lead to improvement.

Language is the expression of knowledge, of tradition, our most cherished possession. How would you feel if your language, your culture, was under threat of being forgotten?

As the Native saying goes, “We will be known forever by the tracks we leave.”