When the Europeans arrived on the continent, they did not find the gold and silver they sought. Nor did they find exotic spices. But what they did find was an abundance of food, much of which they had never seen before. Many foods commonly eaten today were indigenous to the Americas. Whether they were first cultivated in the north or the south, they quickly spread through the entire continent. 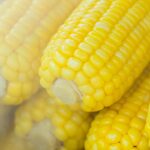 The top seven foods that make up much of the world’s diet today originated in the Americas. And many give credit to the Native Americans for their cultivation.

Topping the list in worldwide production is corn, also known as maize. The early Pueblo in the southwest region of North America planted this crop as early as 1200 B.C. Grown initially as grain, corn wasn’t eaten on the cob as we do today. The grain was ground into flour for cornbread or tortillas or eaten as mush in combination with other foods. 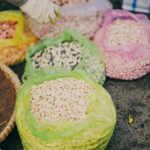 Second on the list, the perfect companion for corn is the humble bean. It is a nutritious source of protein and provides the nutrients missing in corn. Additionally, it replaces the nitrogen which the corn plant removes from the soil. 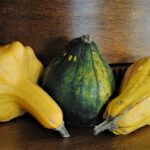 The third is squash, the final element of what is often referred to as the “Three Sisters”. Whether pumpkin, gourds, or hearty winter squash, the natives planted it alongside their corn and beans. In combination, the three provide a nutrient-rich superfood. The entire plant was used, and the seeds were often roasted and eaten as a snack.

The potato, now ranking fourth in international food production, enters the world stage from Peru. This tuber may not look like much, but it packs a punch with every vitamin except A and D. It is also a major source of protein. Initially ignored by Europeans, it became a staple food of the peasant class once it adapted to the climate of Europe. 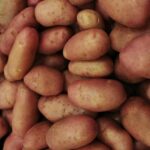 A much later crop to be accepted by the Europeans was the tomato, a member of the nightshade family. Along with its cousin, the tomatillo, they were used in most Aztec cuisine and came in yellow and red varieties. Thomas Jefferson, who had stomach problems when eating meat, experimented in his gardens with tomato varieties. However, most people who came to his home for dinner shunned them. Centuries later, they became popular in cooking, though people rarely ate them raw. Who can imagine Italian or 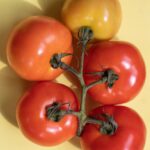 The first mention of #6 in our list dates to central Mexico, 6,500 years ago, where we find the first mention of chile peppers. But the Aztecs took them over and made Capsicum annuum famous. Italy, Spain, and Hungary were the first European countries to adopt them into their cooking. When the Portuguese traders introduced them to India, a culinary sensation was created. 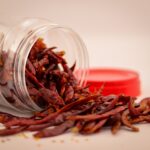 And finally, my favorite, Cacao. It is rumored Montezuma drank fifty cups a day of hot chocolate. But this was not the sweet beverage we know. Its intensely bitter taste consisted of ground raw beans flavored with chile peppers and flowers. It wasn’t until Spanish friars brought the beans home in the 16th century that we saw them mixed with cinnamon and sugar and drunk by the elite. 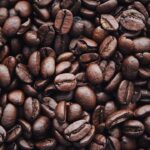 So, in my opinion, the native Americans were indeed sitting on a gold mine.