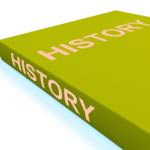 I’m often asked how I do my research, and I’ll admit it is a bit haphazard. I read as much as possible about the time and location to see what was happening. If it piques my interest, I work it into the story. But I try to double-check the source and verify the truth or at least the possibility of it.

But what is the truth? That’s hard to determine sometimes. I find it especially troubling when I hear a politician say we need to return to what our Founding Fathers wanted. This usually is regarding the Church, such as the words ‘under God’ in the Pledge of Allegiance. It doesn’t take long to find the fallacy in those claims. That phrase was added on Flag Day, June 14th, 1954. So much for our Founding Fathers. I find reading their words can be eye-opening.

But who writes the history? There is the famous claim that Winston Churchill said, “History is written by the victors.” However, many others said essentially the same thing, including Churchill’s enemy, Hermann Göring. The translation of Göring’s words from German was something like the victor will be the judge; the vanquished, the accused. Churchill joked, “it is better to leave the past to history, especially as I propose to write that history myself.” 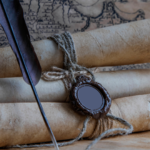 There are numerous examples of this sentiment as far back as the written word. And maybe even before that in oral traditions. Who knows? But the phrase is found in Italian, French, Latin, Greek, and many other languages. One late 20th-century biographer writing about the 1746 Battle of Culloden claims it is impossible to know the number of clan members who died on the field since it is “the victor who writes the history and counts the dead.” 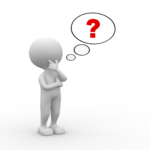 So, it seems the origins are unknown. I am researching the early Celts here in Bohemia, comprising modern-day Bavaria, the western Czech Republic, and Austria. In this instance, it’s not the victors but the culture with a written tradition who wrote the history. For centuries, the Celts had an oral tradition; the stories were learned and passed on to each generation. Bards ensured the heritage continued. But that doesn’t help us much today. We have the Greeks and Romans to provide written knowledge, and archaeologists spend most of their time proving or disproving this information by interpreting their findings.

For one thing, the fact that the Romans conquered the Celts is debatable. In the 4th century BC, the Celts were victorious over the Etruscans and won victories all the way to Rome. In later times, battles were won by both sides. The Romans occupied this part of Bavaria in the early centuries AD, but they took over sites abandoned by Celtic migrations a hundred years or so prior. Areas such as the oppidum in Manching, once a major trading port with Mediterranean countries, had been reduced to a few farmsteads by the time the Romans came and rebuilt the fortress and town. But did the Romans write it that way?

I recently learned about the Roman outposts on the frontier in the Netherlands. The tribes outside the Limes, or limits, were not conquered in battle but, over time, became Romanized, a long slow process in which they worked together or fought each other in turns.

Much of what we know about the Celts comes from the Greeks and Romans. Some of their writings exist today. From their descriptions, such as Diodorus Siculus, we know they were exceptionally tall and blonde, and the men shaved their cheeks but let their moustaches grow to excess. According to Strabo, a Greek, they are warlike and lovers of a good fight. That sounds plausible. He also writes that they are proud of their good looks. Did he find them vain? This may be supported by the inordinate number of mirrors discovered by archaeologists.

But Julius Caesar (100-44 BC) writes that they were barbarians who ate and slept on the ground wearing nothing but animal skins. Modern dating techniques used on wooden items reveal that the Iron Age people did use basic furniture such as tables, benches, and bedframes. When Caesar wrote this, he may have been draped in a fine wool garment or linen from flax. Other records show the best weavers were the Celts. And the finest wool fabrics purchased in Rome came from Celtic traders. Did they not wear garments of the material they wove? Greek records of the same period describe the Keltoi, as they called them, dressed in woven fabrics of bright colors all mixed together. Who do we trust?

Caesar also claimed the Gauls, as they called the Celtic tribes, performed human sacrifices. Outside of this claim, there is no other objective evidence. Archaeology suggests the possibility of animal sacrifices, but this was practiced in many cultures. Many archaeologists are unsure. Does finding bones mean a sacrifice, or is it just a grave? I am reminded of a scene in Flambards, a British WWI aviation series, where the housekeeper is convinced that Germans eat babies. When a German prisoner is hired to work at the estate, he admits to hearing the English drowned them.

Propaganda at its finest. But it makes for entertaining stories!

2 thoughts on “What is History?”