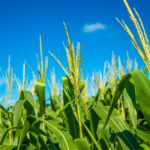 Have you ever attended a local fall festival?

This week marks Lughnasadh, the fourth of the ancient Celtic quarter festivals celebrating the year’s passing. Ancient cultures divided the world into light and dark: day/night, summer/winter, sun/moon, and so on. It helped them understand life and the natural world around them.

They began the year with Samhain, which represented the preparation for the dark, for winter. It fell on the autumnal equinox when day and night are equal as the sun’s rays strike the equator. Samhain’s opposite is Beltane, which occurred on the spring equinox and is the celebration of light,  of the summer.

Halfway between the two are Imbolc (in February) and Lughnasadh (in August). This week marks Lughnasadh, the harvest festival. Primarily observed in Ireland, Scotland, and the Isle of Man, similar celebrations were held worldwide. The Welsh have Gwyl Awst and England, Lammas. 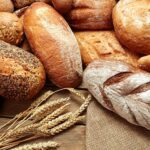 Each location celebrates in different ways, but in all of them, Lughnasadh marks the harvest season and a farewell to summer. Whole communities put aside their differences and join in athletic competitions, poetry, and music. And, of course, food. This was the time to feast on the season’s first corn and harvest the grain for baking loaves of bread. A special treat, and one I just took part in myself, is blueberry picking. It is said that if the blueberries were plentiful, the harvest would be, too. 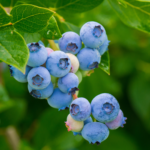 Although bonfires were lit for warmth and visibility, it was not the primary feature, unlike the other festivals. Competitions were the main attraction here. While they consisted of running, jumping, swimming, hurling, spear throwing, archery, and wrestling, they also included poetry, storytelling, music, and singing—these typically involved stories of gods and goddesses to explain natural phenomena.

This was the day for trial marriages for those who were single and in need of a partner. Couples would hold hands through a hole cut in a door and be married for a year and a day. Ultimately, they could choose to make it permanent or break the bond with no questions asked.

Lughnasadh was also the time for business, trade, and making deals of all sorts. It was the time for political, social, and economic dealings. Weapons were laid down as Chieftains put their differences aside for the good of the community. Farmers reached agreements on the sale of crops or cattle.

Other activities were often included. It was common to visit sacred wells, bearing gifts such as a coin for gratitude or a strip of fabric called a clootie when asking for a blessing. After walking three times sunwise around the well, the offering would be given. Most were in the hope of health and wealth.

In the early days, walking to the top of a local hillside was practiced in some areas, though not as common as some of the already-mentioned activities. Over time, however, this has become a traditional practice. For example, it is a popular day for pilgrims to climb Croagh Patrick. Other practices still around today include the market fair in Killorglin, known as the Puck Fair, which lasts for three days, with dancing and parades surrounding the cattle market. This fair has been around since at least the 16th century. 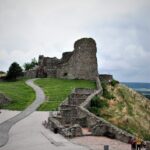 We are not climbing any mountains this week with Dave’s recent knee surgery. However, last August, we scaled the hill to Devin, a 13th-century castle built on the site of an ancient Celtic settlement outside of Bratislava.

How do you celebrate the coming of autumn?