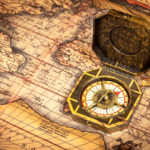 Smuggling invokes images of pirates on the high seas. And yes, Blackbeard and others have been romanticized over time in stories as well as movies. In researching Angus’ arrival in Philadelphia for Death on the Line, I learned that they would not have sailed all the way up the Delaware River to the city. The large ocean-going vessels of the time could sail no further than the more modest port of Marcus Hook, twenty miles to the south.

To my delight, I read that this location was a haven for smugglers and pirates in the earlier days. Offloading their goods at the Marcus Hook pier, they could avoid the customs man in Philadelphia. What is now 2nd Street was once named Discord Lane. And the house at 221 Market Street, known locally as The Plank House, is reputed to be the home of Margaret, Blackbeard’s mistress. Until 2004, that was only a legend. At that point, a couple looking to downsize bought the old house, the oldest remaining in the town. During kitchen renovations, owner Michael Manerchia fell through the floor and discovered the original structure dating back to the 17th century. When they poked a hole in the plaster, it revealed five-inch-thick walls made of interlocking wooden ship’s planks. Only about 20% of the property has been dug. However, over 17,000 artifacts, including dishes, coins, and oyster shells, are being cataloged. 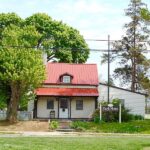 Further work on the home revealed a hidden door that researchers believe connected to the old counting house where people came to pay the duties on their goods. They are still hoping to locate the privy, where artifacts are often found in older homes. But to date, there has been no evidence to prove Blackbeard slept there. Though the historical timing was right, and he was in the area. Both William Penn and Thomas Jefferson mention the pirate being in the town and plying his trade along the Delaware River. 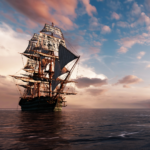 However, smuggling became commonplace along the colonial coast. And the harsher the new regulations and tariffs were, the more widespread smuggling grew. It started simply with what Adam Smith called the “mercantile system.” Under this plan, the colonies would produce the raw materials and ship them only to England and only on British ships, where the finished product was made and shipped back to the colonists. Britain made vast amounts of money under this system. In the 1720s and 1730s, under Prime Minister Robert Walpole, this policy began to be abused. Walpole believed in “letting sleeping dogs lie” and put the Duke of Newcastle in charge of American affairs. The policy of accepting bribes and looking the other way soon became the way to do business.

As a result of this salutary neglect, smuggling became the order of the day. Most Americans saw nothing wrong with it. Thomas Jefferson declared free trade was a right, and most colonists agreed, not liking governmental interference with their commercial trade. One report claims that in 1756-1757, 400 chests of tea arrived in Philadelphia, with only sixteen bearing a legal stamp. However, the Americans were not the only ones enjoying cheap tea. Over half the tea coming into England was not brought legally into the country. And smuggling went both ways, with a profit to be made if one was willing. Tobacco, cotton, flax, and wool went out as quickly as tea, sugar, cacao, molasses, and ginger arrived on the merchant ships. 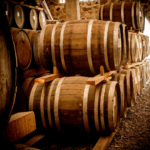 After the French and Indian War (1756-1763), the process became even more involved. Flags of truce were used aboard ships to exchange French prisoners. So, it wasn’t long before cunning merchantmen used these flags to sail into harbors such as the French West Indies. Men who spoke French posed as prisoners if a revenue agent’s cutter stopped and searched the vessel.

In 1763, Prime Minister George Granville attempted to crack down on corruption, bribery, and smuggling. He dispatched eight ships-of-war and twelve armed sloops containing customs officials. Previously, these men had worked from England. But now, they were being sent to oversee affairs at the local level. In 1764, Granville enacted the Sugar Act, in which six articles dealt with the new taxes on sugar, while an additional forty items concerned the enforcement of the Act. 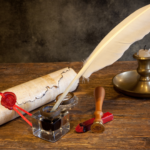 The enterprising merchants once again found a way around the regulations. The captain of each ship was required to present an official manifest of what he carried onboard. Searching the hold of every vessel arriving took time, so a new practice began. The captain was required to swear under oath that the manifest he held was a true and accurate description of what his ship contained. Officials bragged that they could tell when a man was lying under oath, so the captains began sticking the actual manifest up their sleeve while they held the one listing only the legal items in their hand.

With the enacting of the Townshend Acts in 1767 and stricter enforcement, smuggling became a more dangerous occupation, and many gave up the enterprise. However, more than a few continued into the Revolutionary War and beyond.