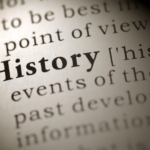 Fiction is the art of telling a story. But history is based on facts, though we all know that history is written by one side or the other or from one person’s perspective. So I try to keep in mind that old saying “trust but verify.” How important is accuracy in telling a story? What are the responsibilities of the author? How much can you deviate from the truth when you write historical fiction?

What are the boundaries? And is there enough? Or too much? Is it sufficient to mention they lit a candle rather than turn on the lights? Or does the author need to go into more detail? For me, the latter is true. I can get carried away with too much historical detail.

I try to keep historical people as close to the truth as possible. For example, Charles Mason and Jeremiah Dixon were real people. So, when it came time to write Death on the Line, I included facts about them that were readily available. 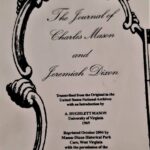 My primary source was Charles Mason’s journal. And while it worked well to keep the plot moving along a timeline, it left a lot to be desired in getting to know the man. Ninety percent of his journal is about work. So when he mentioned something outside of the calculations of the stars, I paid attention. For example, he was strongly affected by the massacre of the Conestoga natives and made a trip to the village to gain understanding.

In writing, I attempt to stay true to what I find in my research. The reference to Jeremiah Dixon becoming a drunk when his father disinherited him came from local sources, which included the document of his removal from the Society of Friends for his behavior. However, making either of these men the murderer in my novel would stretch the boundaries to the extreme.

And I try to stay true to the time period. I chose it for a reason, right? How you do that has a lot to do with the information available. Much information exists during my preferred time or even something like World War II. But had I decided to write about the ancients, such as iron-age Celts or the people who built Stonehenge, there is not a lot of documentation and very little physical evidence. The writer has more freedom to play around a bit. 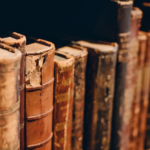 For me, the best part is the research. I love it when I find a little tidbit that has to go into the novel. Take Thomas Cresap, the Maryland Monster, as he was known. I discovered him when researching my Howell family in western Maryland. The families’ paths crossed many times. So when I needed someone spying for the commissioners on each side in Death on the Line, Cresap’s real-life escapades sprang to mind. Unfortunately, his Pennsylvania counterpart is fictitious.

One thing I find helpful and fun is using what you are given. During the survey, there was a lunar eclipse. Mason described it in his journal as one of the best he’d seen. So, how could I not use that with main characters who observe the stars? I even used his own words. But not all present were scientists, so some research uncovered folk traditions and beliefs.

In Secret of the Old Tower, Angus is in Scotland during Beltane. Since I used the months to pass the time, I could not skip this Celtic tradition. After some research, I found primary source material describing the events. For me, this is the fun part. 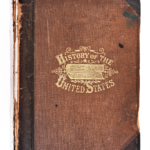 It doesn’t take a lot of effort to discover how people lived along the east coast in the 18th century. Their homes, what they ate, what they wore, and much more are reasonably well documented. The fun part is putting it all together. Did they eat mushrooms in 18th-century Pennsylvania? It turns out the natives did.

As long as it is realistic and plausible, I understand if the author makes it up. It is fiction, after all.